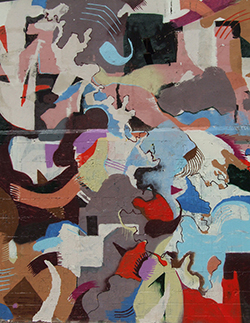 Silas Parry is an artist and writer from Scotland. In 2014 he was a recipient of the Edinburgh Visual Artist Award 2014, and a fellowship at the Vermont Studio Centre (US).  This year Silas has a residency at Summerhall Gallery, Edinburgh, which will culminate in an exhibition Possibility of Another Place, opening April 3rd until May 22nd 2015.